Montevideo is a nice, lively, and culturally rich city, that will offer the attendees a host of activities to enrich URUCON experience. Montevideo, a harbor colony settlement established by Spain in 1724 is today a cosmopolitan million and a half multicultural friendly people city. The city is able to provide it hospitality and all the facilities needed for the organization of a fruitful URUCON. Montevideo has plenty flight connections to most large American and European cities, and is only 30’ flight from Buenos Aires in Argentina. Two main touristic attractions in Uruguay: Punta del Este resort, and Colonia del Sacramento, included in the UNESCO World Heritage List, are also a couple of hours drive distance. The weather in Montevideo is warm at the end of October, with average temperatures around 18 ºC, that make possible to fully enjoy dozens of historical sites, natural beauties, and beaches along Uruguayan Atlantic coast . 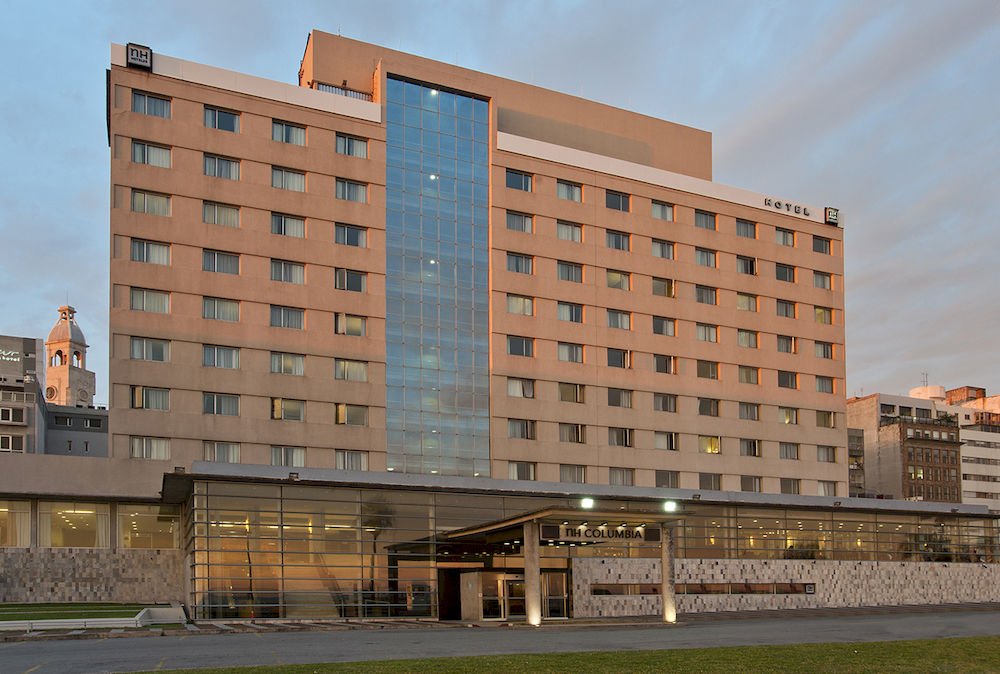 Is located on the seafront in the city center, near to many historic and cultural places, only 40 minutes from the airport. The rate is USD 75 in single or double rooms with buffet breakfast included

How to get from the airport To use Google maps 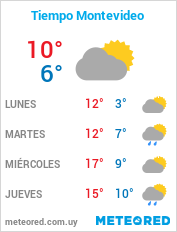 It is the only South American country that is entirely in the temperate zone. The absence of important orographic systems contributes to the spatial variances of temperature, rainfall and other parameters is small.

Inaugurated on August 25, 1856 with Verdi’s opera Ernani, the name of this emblematic building of republican neoclassicism was the result of a debate between the names of Teatro del Progreso, Teatro de la Empresa and Teatro de la Empresa “Theater of the Sun”, prevailing at the end of what is a navigator Juan Diaz de Solis.

The works began in 1842 but were interrupted during the Siege of Montevideo.

During the following years the theater underwent several reforms, among which are the paintings of the room and the scenic arch by the painters Carlos Mª. Herrera and Pío Collivadino (1908) that today constitute one of the most interesting places to visit. The 26 of January of 1937 was acquired by the Intendance of Montevideo.

This heritage building was closed for six years until it was reopened in 2004 after the most important renovation and restoration works in its history. Today, it offers the city an artistic program all year round in its two rooms, guided tours, conference room, exhibition hall, photo gallery, research and archive center, gift shop, cafeteria and restaurant. Guided tours are offered.

The Carnival Museum is a gateway to the spirit of Uruguay. It is an institution that conserves, exhibits, diffuses and puts in value the objects and traditions that are part of the maximum Uruguayan popular celebration. Since its inauguration, the Carnival Museum has been meeting people in the streets, constantly carrying out activities both in the neighborhoods of Montevideo and in cities in the interior of the country.

It was built at the impulse of the business brothers Ángel, José and Lorenzo Salvo; designed by the Italian architect Mario Palanti and inaugurated on October 12, 1928. With its 100 meters and 27 floors, it was the tallest tower in South America from 1928 to 1935 when it was moved from the second to the third South American position by the Kavanagh of Buenos Aires . It continues to be one of the tallest buildings in the city. It is National Historical Monument since 1996.1 This building has its twin brother in eclectic style, built by the same architect in Buenos Aires, the Barolo Palace.

Here are some web sites to register for tours in Montevideo: