The IEEE YP and PNW Electric League Members joined together on March 29th for a Networking and Complimentary Happy Hour! The YPs represented were mainly represented the power industry consisting of engineering consultants, sales engineers, and electrical equipment manufacturers, and utility engineers.

Everyone received 2 free drinks and Hors d’oeurve (savory desert)  with registration compliments of Electric League of the PNW. 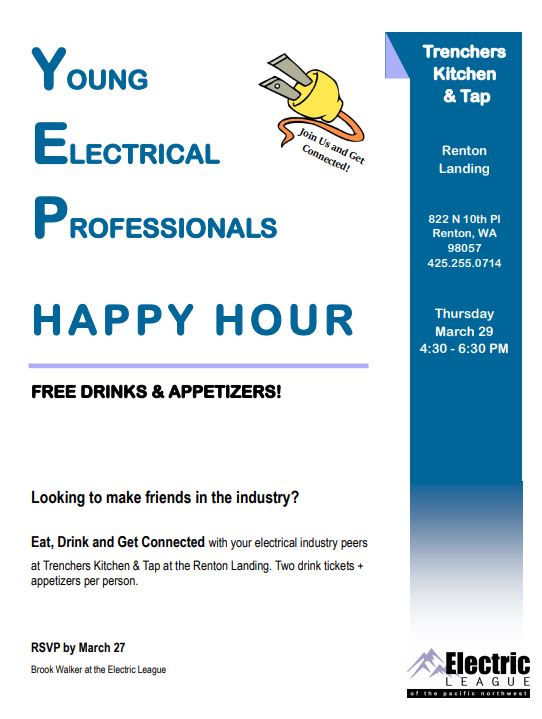 The Electric League of the Pacific Northwest is an association of electrical industry businesses with a mission to promote the common business interests and improve the business conditions of the electrical industry. For most of a century there has been an active electrical group in the Puget Sound area with the earliest records dating back to 1916.

Members of the Electric League join forces with industry peers to strengthen the business community, promote continuing education, network within the industry, and develop lasting friendships and memories that enhance the work environment.